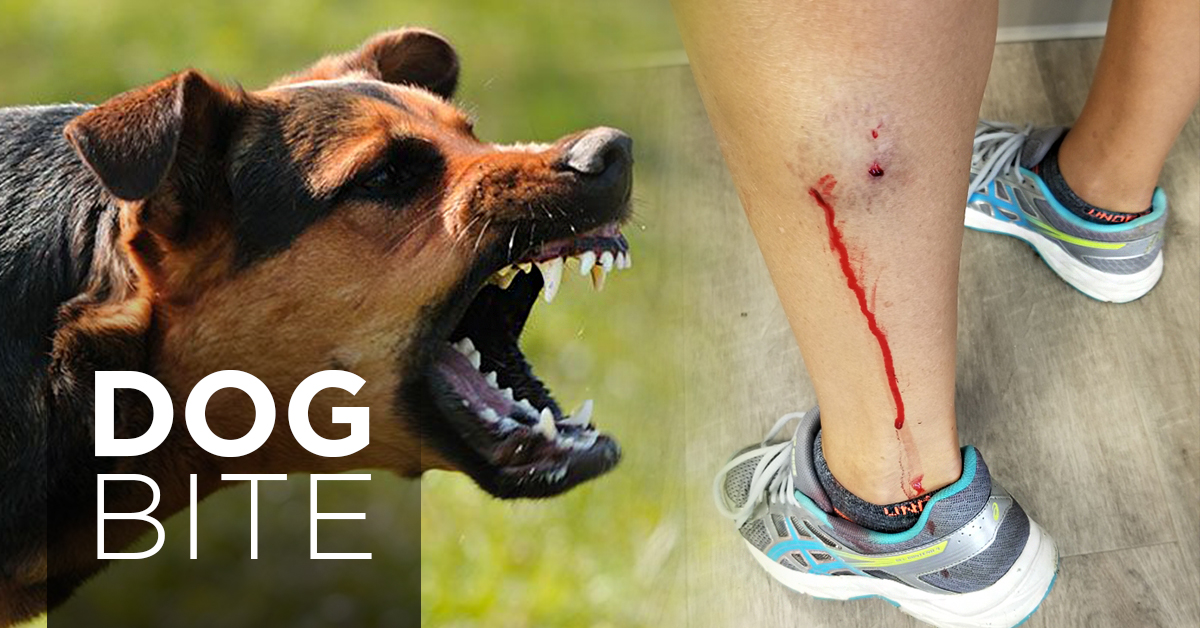 Dogs play an important part of the lives of many people. Of course, they can be cherished pets and companions, and they also work as service animals. Even so, we cannot forget that underneath that fuzzy exterior and behind those wagging tails are the genes of one of humanity’s greatest fears; wolves. When a dog bites a person, the resulting injury can be gruesome.

When a dog does bite someone, what liability does a dog owner have in the tri-state area? In New Hampshire and Massachusetts, a dog owner is strictly liable for any injury the animal causes. In relation to dog bites, this means that to recover damages for an injury, a bitten person only has to prove that they were bitten by a dog, and that the dog they were bitten by was owned or kept by the person she or he is trying to recover damages from.

In Maine, the law works a little differently. Owners are strictly liable for injuries caused by their dogs when the injuries do not occur on the owner’s property. When the injury occurs on the owner’s property, however, Maine law only allows an injured party to recover damages where the owner or keeper of the dog acted negligently. This means that the owner of the dog did not do what a reasonable person would have done in a similar situation.

There are some additional legal principles to keep in mind when considering dog bite cases.

Although you are generally always entitled to recover damages from the owner of a dog, there are a couple principles to keep in mind.

First, if you are on a property without permission when you are bitten by the dog, or if you’re otherwise committing a tort (for example, if you were bitten by a dog while assaulting its owner), then you are completely barred from recovery. RSA 466:19.

Secondly, your damages may be reduced if you are found to be partly at fault for the dog bite. Bohan v. Ritzo, 141 N.H. 210, 216 (N.H. 1996). Consider if you antagonized or teased the dog before it bit you, for example. If you did, the Court might find you partly at fault and would reduce any damages you would receive by how much at fault you were. You would still be able to recover some damages, but your final recovery would be reduced.

Similarly to the law in New Hampshire, you will not be able to recover damages if you were trespassing or committing another tort when you were bitten. However, unlike New Hampshire, if you were bitten because you “teased, tormented, or abused” the dog, then you are also completely barred from recovery. It is very important to note, however, that children are treated specially here. Courts recognize that children under seven years old don’t view dogs the same way older children and adults might. As such, they are presumed to not be at fault, and the owner of the dog will have to present evidence of fault in a case. G.L. c. 140, s. 155.

Co-owning a dog with someone else also bars you from recovering for an injury from a co-owner. Youngblood v. Harrington, No. 970907 (August 25, 1998). But while you might not be able to recover from a co-owner, you can recover from people who are only keeping a dog, but don’t own it. If a person has custody or control of a dog, and you aren’t at least a partial owner of the dog, you can attempt to recover damages from them. Burgess v. Uzarins, 1999 Mass.App.Div. 81 (1999).

Unlike New Hampshire, this also includes cities. While you can sue a city if a police dog bites and injures you, different laws apply. Rather than simply having to prove an injury and ownership of the dog, you would have to prove that the police dog was known to be vicious to the police officer or municipality. The fact that police dogs are trained to apprehend people is on its own insufficient to prove viciousness. Audette v. Commonwealth, 63 Mass.App.Ct. 727 (2005) (citations omitted).

How Attorney Mike Bowser can help you

I recently met with the mother of a young girl who was viciously attacked by a dog which caused severe injuries to her face. She required major surgery and lengthy rehabilitation. She will likely require revision surgery in the future. Not only will she have to bear the physical scars but she deals with the fear and emotional scars as well. When children are attacked so severely, it is especially tragic. There is always the emotional mental distress that includes fear of animals of all types, especially dogs as well as PTSD symptoms.

During this traumatic time, it is my responsibility as a personal injury attorney to help the family piece their lives back together. There are medical bills, the costs of the child’s ongoing treatment, and damages which need to be recoverd.

Here are some case results from clients who we represented in their injury cases:

Settled prior to trial pursuant to structured settlement for present day and future benefits. $117,000.

If you or a loved one were the victim of an animal attack, please contact us today. We have handled these cases in the past and will fight for your rights. We will not settle until we have secured the best outcome for you.