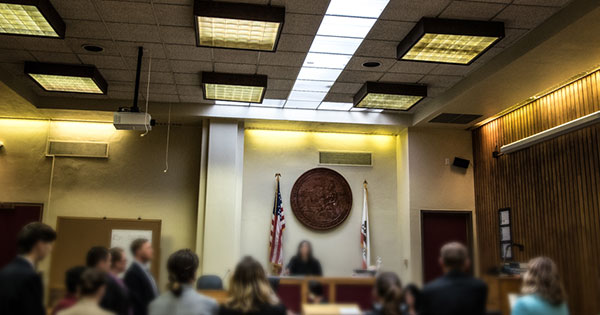 Getting an OUI is scary. For many people, it is the first time they have been in trouble and they don’t know what to expect. In this series of blog posts, we will take a look at the various court events and hearings you can expect when fighting an OUI case in Massachusetts.

The first step is the Arraignment.

The arraignment normally happens within 24 hours after your arrest.  This is the first time you will appear in court. If you were not arrested, you will receive a summons which will identify a date and time when you should appear in court.  Since things happen so fast, often times, people have not chosen a lawyer for their formal arraignment. There is no need to be afraid about this. In Massachusetts, the Court will automatically enter a “not guilty” plea if it is a 1st or 2nd offense. Do not rush and hire the wrong lawyer just for the sake of having one at the arraignment.

Before the arraignment hearing begins, you need to check in with the probation department.  After that, you then go to the arraignment hearing, where you are formally read the charges against you (ie. Operating Under the Influence, etc.).  To preserve all of your Constitutional rights, you should enter a plea of Not Guilty. You will also receive a paper called the Complaint which lists the charges against you. Additionally, you will be given a date for your next hearing, called a pre-trial conference.

The most important thing to remember is that a this is only the first step in a very important legal process.  That said, it is unwise to rush and hire just any lawyer. Your choice of an attorney is an important decision which you should carefully research.  At this point, the best thing you can do for yourself is get the right legal help from an experienced trial lawyer. If you want to fight, call Bowser Law now: (888) 526-9737.